(This article first appeared at www.urbantimes.co on 21 Dec 2012)

When one discusses abstract expressionist artists such as Jackson Pollock, Rothko and De Kooning, one immediately conjures up images of an incendiary art movement centered in New York, burning everything they had learnt in order to get back to something real. Today, an Australian Aborigine by the name of Emily Kame Kngwarreye is mentioned alongside them. And it has even been said that she may one day be known as the greatest.

She lived and died with no knowledge of the western art canon, let alone modernism, and far from being ‘rebellious’, her every brush stroke was steeped in the traditions of her people. So what on earth is she doing in such company? 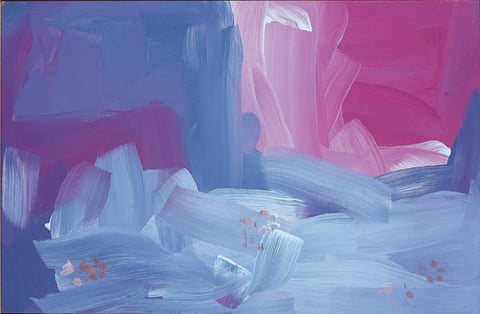 Emily is Australia’s most important Aborigine artist. She was the first to have a work sell for over a million dollars and remains the only Australian – of any background – to have an overseas retrospective held in their name.

It is part of the Emily myth that it was only at the age of 78 that she first put paint to canvas. Over the next eight years until her death in 1996 she produced almost 3000 works, and her development as an artist described a dizzying trajectory as she managed to transcend any stylistic restraints, and produce works of complete originality and uninhibited beauty. 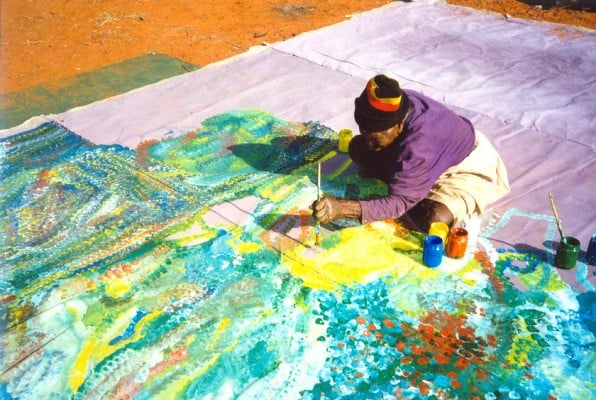 Despite the popularity that Emily achieved during her lifetime, she continued to live as she always had, on her remote community in the Outback, with little of the trappings of civilization. She would paint in the open air, sitting cross-legged in the red Australian earth, the picture horizontal on the ground – Pollock fashion. Art dealers would be aghast to see Emily shuffle in from the bush, dragging her latest masterpiece behind her in the dust, totally immune and unaware of the value that was being placed on it by the art community.

Emily is, in every sense, the most traditional of painters – the antithesis of a modernist. She came from the oldest living race of humans on earth, spending her life on the edge of the remote Simpson desert, and was immersed in her people’s ‘dreaming’ to an extent that is impossible for a Westerner to grasp. The art critic Walter Benjamin said, ‘Either the paintings are traditional and not modern, or modern and not traditional’, and yet Emily is somehow utterly and completely both, which is why she has been described as the ‘impossible modernist’.

That Emily and New York’s avant-garde could arrive at common ground tells us at least two things about the human condition. The first is that we share a ‘collective unconscious’, as Carl Jung described our shared instinctive self or soul. The second is that progress comes at a cost. 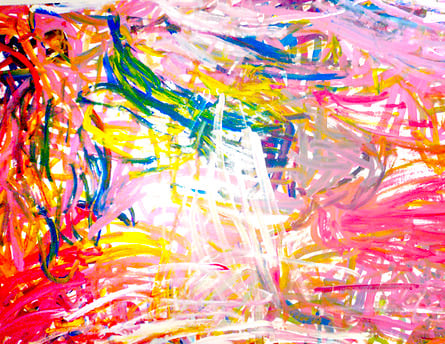 The New York modernists could only create their art by rebelling against all artistic tradition – it seems they needed to escape the burden of civilization in order to reach our collective unconscious. By contrast Emily got there effortlessly, allowing her tradition to flower through her art. In the end, the more arduous route forced upon Pollock and co. can only make us wonder whether the human journey has distanced ourselves from our soul.

Perhaps as the Australian biologist Jeremy Griffith says, progress has come at the cost of our instinctive self or soul, ‘We humans are now immensely psychologically upset—angry, egocentric and alienated—from participating in humanity’s heroic search for knowledge.’ Or even as in the words from The Man of La Mancha, we have had to ‘march into hell for a heavenly cause’.

Whatever the psychology, Emily has produced works of such beauty that curators have been reduced to tears. Beyond analysis, her work is—as Akira Tatehata, the Director of The National Museum of Art in Osaka, said—a ‘miracle’.

This Blog Post was written by Damon on January 6, 2013