S.E Hinton’s ‘The Outsiders’ and Why We Don’t Stay Gold

(This article first appeared at blogcritics.org on 7 Dec 2012) 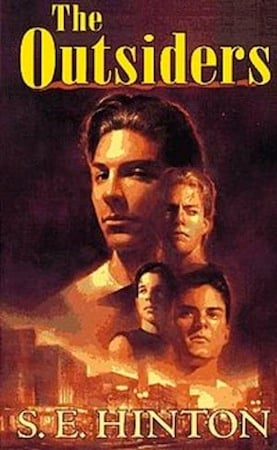 ‘Stay gold Ponyboy,’ says Johnny before he dies. It is a line from S. E. Hinton’s seminal Young Adult book The Outsiders that has entrenched itself in our culture. It is about not losing all of our innocence and it may seem hopelessly melodramatic, but as Hinton says herself, it works, ‘because kids feel that way.’

Work it does. Hinton’s first novel rewrote the rules on YA fiction. Gone was the squeaky clean, Pat Boone, Anne of Green Gables approach, and in its place was a gritty world of danger and truancy; a world where parents couldn’t be relied upon, and gangs ran the streets; a world that perfectly captured the emotional turmoil and isolation of being a teenager.

The Outsiders didn’t just change the genre either. Since it was published in 1967 it has sold around 14 million copies. It continues to sell 500,000 a year. Not bad for something written by a 16-year-old girl. 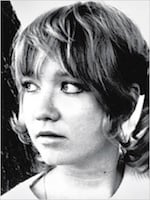 Yeah, a girl. It turned out S. E. Hinton was a chick. Susan Eloise, 16 going on 17 when she wrote it. The publishers thought it would detract from the book’s authenticity if we knew she was a girl. They were probably right – I just figured S. E. was a he, some mysterious artist hero from the streets in the Sexto Rodriguez mold. I still find it hard to comprehend how a girl could write so insightfully about boys. Obviously girls have their own battles to go through, and they probably seem just as life-and-death, but the understanding she had of the boys’ world is still hard to comprehend.

Maybe it had something to do with her upbringing, which apparently wasn’t easy. Ms. Hinton is still now a very private person, but she has described her mother as abusive: ‘when I was writing she’d come into my room, grab my hair and throw me in front of the TV, she’d say, “You’re part of this family – now act like it.”’

Whatever it was, she could identify with people who felt they didn’t fit in, and she was able to observe the young boys in her neighbourhood with their gangs, and family problems, and just the terrible struggles of growing up, and she was able to write about it as if she was one of them. 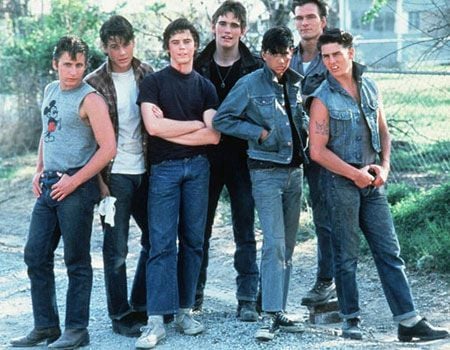 Which wouldn’t have been enough if she couldn’t write. But she can. Well. All her early books were written in the first person, and it only takes a few lines to immediately recognise her crystal-clear, unmuffled voice. Some writers leave you feeling woollyheaded, while others – only a few, mind you – just the very best – have the immediacy and effect of a slap of cold water; it’s like your best friend is talking to you completely seriously and completely honestly. That’s what reading S. E. Hinton is like.

So we all found a bit of refuge in her books. Man, even my older brother read it, and he trusted books about as much as he trusted adults.

But any port in a storm, and God knows it isn’t easy to find anything that helps you being a teenager. If you ask an adult for help, you will usually be offered some lame platitude about ‘finding your place in the world’ or it just being ‘a stage you are going through.’

Probably even worse if you go to a psychologist. You might get something unsupportive like this: ‘During the teen years, under the influence of massive new hormonal messages, as well as current needs and experiences, the teenager’s brain is being reshaped and reconstructed. In such as situation, things rarely flow smoothly, and surprise destinations thrive. This reconstruction explains why the personality and stability that was evident just a year or two before adolescence recedes, and suddenly new perspectives and reactions abound.’

Or, unhelpfully, this: ‘Teens are undergoing dramatic changes. In addition to the biological changes of puberty, they experience cognitive changes that allow them to think more abstractly. They become increasingly focused on friends. And as they seek greater independence, they often come into conflict with parents. Most get through adolescence with few problems, establishing identities and preparing for adulthood. Some, however, experience problems that lead to dropping out of school, drug use or crime.’

Or, even offensively, this: ‘What’s novel about this research is that we’ve demonstrated that quite a bit of adolescent decision-making is not reasoned on – on any level. It’s not because it’s motivated behaviour, or they’ve thought about how much they want to do it. It’s because they just do it.’ 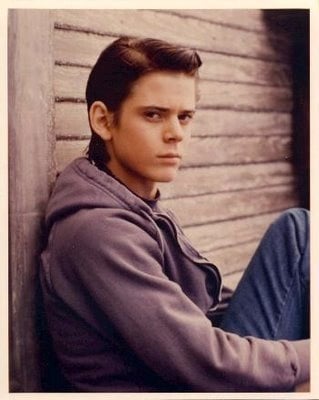 I have no doubt how Ponyboy would have responded – something like, ‘Man, you just don’t get it.’ I tend to agree. Maybe he would be more tolerant of some new work by Australian biologist Jeremy Griffith, which appears to recognise what really goes on.

Griffith has coined the term ‘resignation’ to describe the point in our lives when we had to commit ourselves to living superficially because trying to think deeply about the real issues – namely why we are all so selfish, competitive and non-ideal – simply became too depressing. Griffith describes the agony of resignation in this way: ‘Adolescents didn’t resign easily because it meant separating themselves from all the wonder, beauty and excitement of existence that our species’ instinctive self or soul has access to. In fact, denial and the resulting alienation from our true self was a form of death – in resigning you were adopting such a false, dishonest state that you were, in effect, becoming ‘dead’ inside.’

Which may not sound like traditional science at all; but Griffith presents it as part of what he describes as a ‘first principle biological defence of the human condition.’ If he is right, being able to understand why we were all messed up would make all the difference. 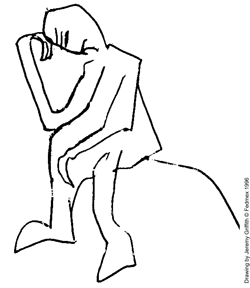 Until now we have only had writers like Susan Eloise Hinton to rely on. And poets too – take Robert Frost, he knew about what was going down:

Nature’s first green is gold,
Her hardest hue to hold.
Her early leaf’s a flower;
But only so an hour.
Then leaf subsides to leaf.
So Eden sank to grief,
So dawn goes down to day.
Nothing gold can stay.